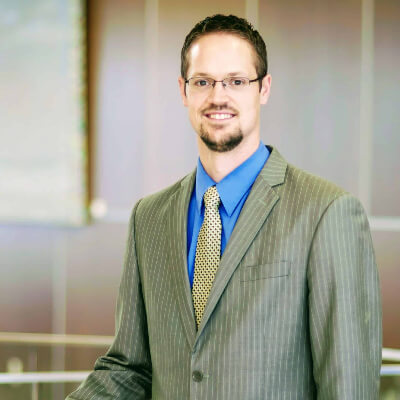 Eric Woodward, O.D. is a member of the graduating class of 2018 at Southern College of Optometry in Memphis, Tennessee.  Dr. Woodward completed his undergraduate studies at the College of Southern Idaho and at Brigham Young University-Idaho, where he was awarded a full-tuition academic scholarship and graduated with a Bachelor’s of Exercise Physiology. Dr. Woodward chose the field of optometry early in his undergraduate program after discovering he was fascinated with the mechanics of vision.

While attending Southern College of Optometry, he was awarded the Mauldin Family Scholarship in 2017 for clinical excellence and was an active member of the Optometric Private Practice Club from 2014-2017.  He completed his externships at Eglin Air Force Base in Fort Walton Beach, Florida and at Family Eye Care Specialists, with locations in Nampa, Middleton, and Caldwell, Idaho.  He is an active member of both state and national Optometric Associations where he has attended conferences annually since 2015.  Dr. Woodward believes in providing superior and personalized care to every patient. He is thrilled to be joining Drs. Wilson, Polito and Zollman at Alpine Vision Center.

When he is not taking care of patients, Dr. Woodward enjoys traveling, golfing, snowboarding, camping, hiking, shooting, and spending time with his wife and children, including two daughters and one son.