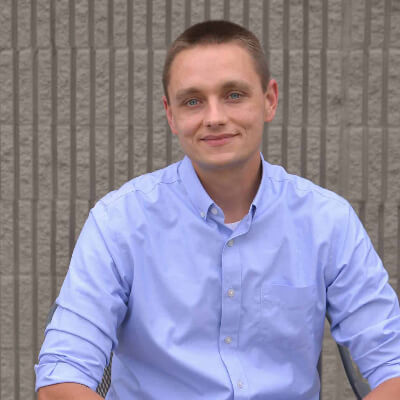 Dr. Wilson provided optometric services for veterans during his externships in the VA Health systems in Livermore and Palo Alto, California, and Reno, Nevada. This experience emphasized primary eye care, contact lenses, low vision, binocular vision, and ocular diseases, particularly diabetic eye care and the management of glaucoma and macular degeneration. In 2007, Dr. Wilson worked as an Associate Optometrist in Fort Collins, CO for two years before becoming President of Flatirons Optometric Group, P.C. in Broomfield, CO. In 2011, Dr. Wilson and Dr. Polito acquired Alpine Vision Center and relocated to the Northwest to provide outstanding vision care for the Palouse and LC Valley.

Outside of the vision clinics, Dr. Wilson will be found spending time with his wife, Dr. Polito, and their two children, Maddie and Tyler. Throughout his undergraduate years, Dr. Wilson came to Idaho in the summers to work as a whitewater rafting guide on the Lochsa and Salmon Rivers. Since his childhood, he has always been a motorcycle and car enthusiast. In 1988, he rocked a mullet, wore pink Hypercolor t-shirts and Zoomba pants while rocking out to to Def Leppard. He dreamed of the day he could own a race car of his very own.

Today, Dr. Wilson is rebuilding a 1973 Datsun 240z with a Turbo LS Motor with 1,000 horsepower that will go upto 200 miles per hour. When not in his shop, it is rumored he may be found popping wheelies across famous bridges with distances spanning over a half-mile.